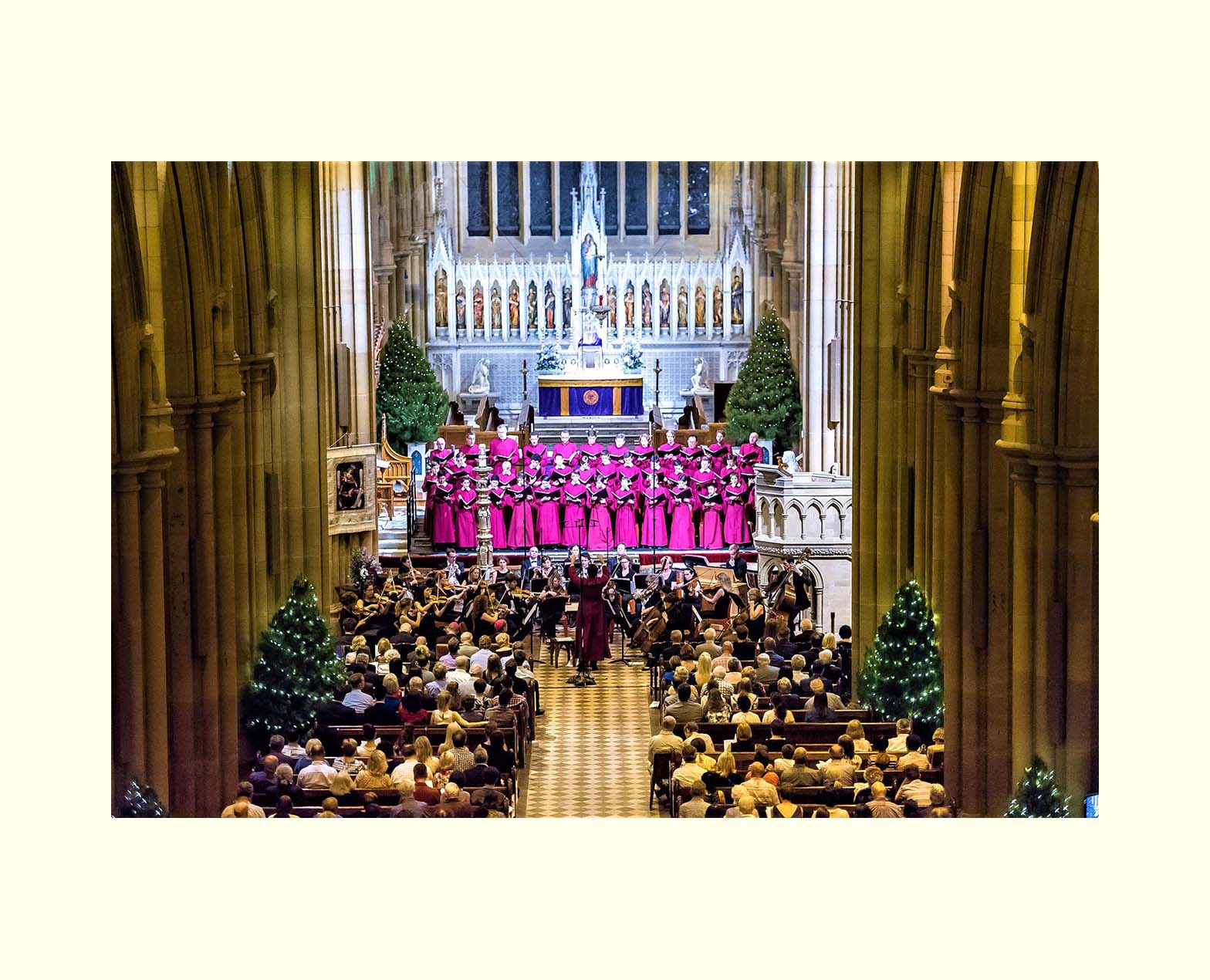 On quiet winter evenings nearing Christmas a chance to experience the beauty and solitude of the countryside Churches in England is not to be missed. One such place is Romsey Abbey attracting visitors to its imposing structure whose serenity is soothingly encapsulating, built on a year 907 Abbey foundation!

Little does one realise that soon one will be discovering a perspective to Lord Mountbatten -the last Viceroy of India too! The Font since medieval times

On entering the huge cathedral the first view is a beautiful large carved stone Font – a place of Baptism since centuries! Walking down the Nave as thousands have done before one can notice that most of the Church was built in style of Norman and English architecture. Admiring the locally made 1961 colourful Embroidered-Curtain with Saints and traditional symbols one can reach the Chapel of Saint Nicholas. Our visit to Romsey Cathedral

Chapel of Saint Nicholas and Christmas

Chapel of Saint Nicholas- the generous loving patron Saint of children, believed by some to be take the form of Santa Claus! Santa Claus turns the mind towards the upcoming Christmas celebrations while a notice announces that Romsey Abbey holds an annual Christmas Festival of Nine Lessons and Carols. The Choir of the 12th century Romsey Abbey in Hampshire

The service commences with the first verse of ‘Once in Royal David’s City’ and then the Abbey Choir and Clergy proceed towards the Nave into the stalls. What a fabulous scene that must be! Congregational favourite songs like O come ye Faithful and Hark the Herald Angel sings are also sung bringing back the memories of one’s Convent school! One can imagine huge congregations at the main celebrations that commence a little before the midnight of the Christmas-eve continuing into the Christmas Day with worshipers joining the Choir to sing popular Carols! Christmas decorations and celebrations on streets of London. Admiral of the Fleet

There is more towards the spectacular High Altar where the personal Pew of Lord Mountbatten is situated. The Pews plaque dedicated to Lord Mountbatten near the High Altar

Opposite a 19th century Walker-Organ lies a beautiful wooden Broadlands-Pew used until his death by Lord Mountbatten and now by his family members! (Broadlands being their family home) One panel holds the Coat of Arms and family slogan of the Mountbattens and a tribute to Lord Mountbatten was etched on the other panel.

A journey on the Time machine can take one back to the life and era of Lord Mountbatten and his India connection. His maternal grandmother Princess Alice was the granddaughter of Queen Victoria and he held the title- The 1st Earl Mountbatten of Burma. He had a successful career as a British Royal Navy officer and was Viceroy of India in February 1947 to oversee the transition of British India to an independent country by 1948.He was the last Viceroy of India and the first Governor General of independent India!!

His best efforts to leave behind a united country were unsuccessful. Due to the insecure conditions of that period he hastened the partition plan to August 1947!! He continued to live in Delhi till his term ended in June 1948 and was close to Indian leaders – Gandhi and Nehru. Flag of Viceroy of India

One can continue walking towards the back of the Church, past the Font to look for a specially displayed flag that can be missed, in the rear corner. A brass plaque said that it was the

This was the Earl’s personal Flag and he was the holder of the Star of India which is in the centre of the flag with Queen Victoria’s Crown above it. This Flag was flown over the Viceroy’s house in New Delhi in 1947- 48

One recalls the assassination of Lord Mountbatten on 27th August 1979 whose ceremonial funeral was attended by the Queen and members of the Royal families alongwith thousands of people in Westminster Abbey in London. Then as Lord Mountbatten had himself wished he was buried at Romsey Abbey near his Broadlands family home as the Abbey was Lord Mountbatten’s centre of his ‘faith and religion’. Priests recall the funeral day when the entire town of Romsey was in mourning.