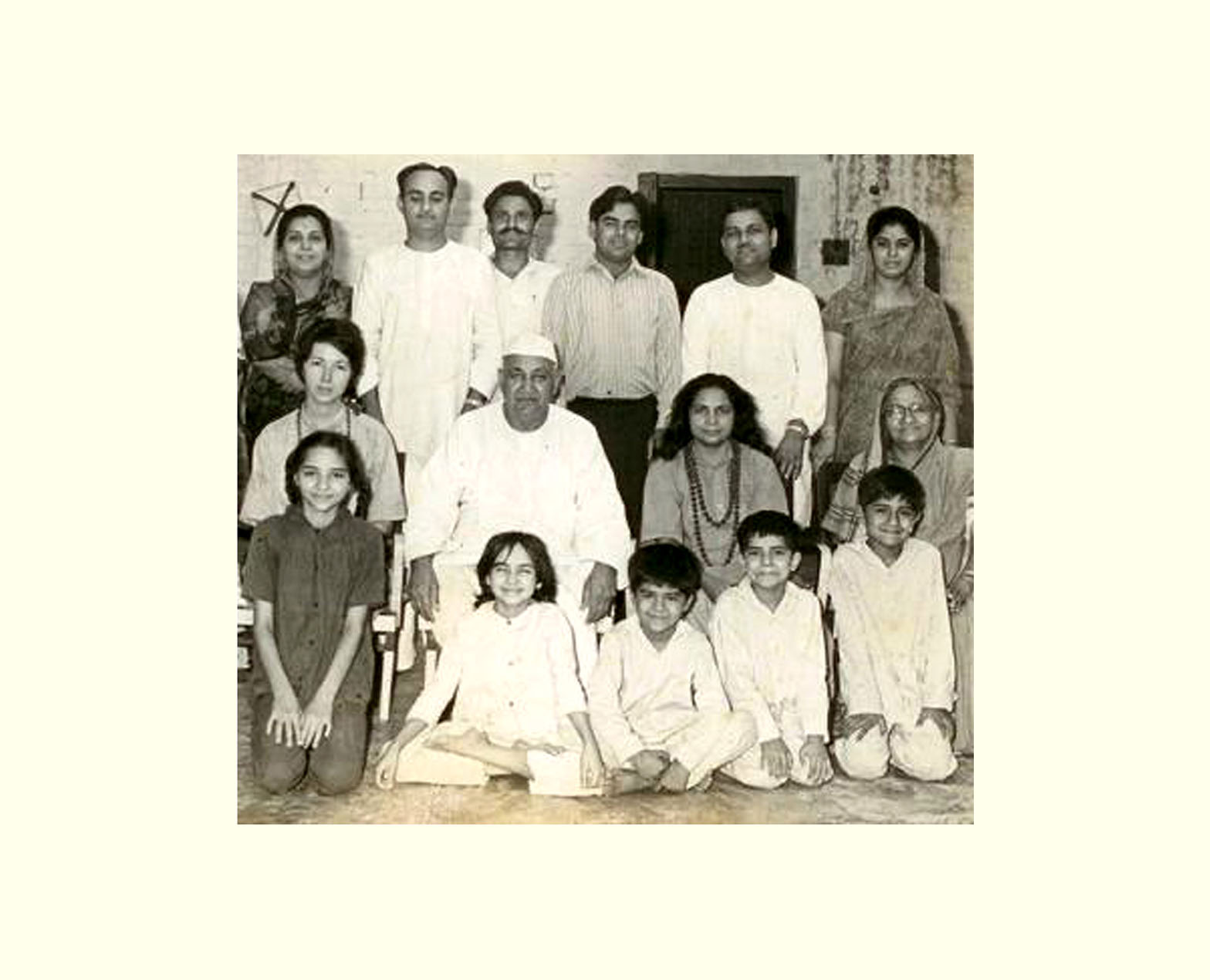 It all started on an eventful day in early 1900’s near Layalpur, now in Pakistan, when tall handsome Lala Lakshmi Dass Chopra, the upright Indian- Collector of the area was confronted by a British inspector and roughly ordered to dismount from his horse and pay respect to him. Humiliated, he refused to oblige the British officer but decided to quit the job that very moment! He took a vow that his coming generations would never serve the colonial British government. He then took up a job of Munshi with a renowned Advocate of Layalpur. Afterall he belonged to the clan of Deewans of Wazirabad (also in Pakistan) and their forefathers had a seat in the Darbar of Maharajah Ranjit Singh. At the close of the 19th century, Jagat Narain was born on May 1899, the only child of Lala Lakshmi Dass. His mother was from a disciplined Arya Samaj family and had inculcated the high values of Samaj in her son. To further Jagat Narain’s growth she sent him to the city of Lahore to study Law. Enticed by the clarion call of Mahatma Gandhi in 1920 for the students to join the freedom struggle and the Non-cooperation movement, youthful Jagat Narain decided to quit his studies and joined the Lahore Congress where he quickly rose to the position of Joint President of Lahore Congress! With his sheer determination and grit, Jagat Narain became a favorite of senior Congress leadership and he came in contact with Lala Lajpat Rai- the Lion of Punjab called Punjab Kesari, in Lahore jail. He was also an inmate in the same prison back in the 1920’s; where he acted as Lala Lajpat Rai’s personal secretary. Later in 1924, on the advice of Lala Lajpat Rai he took the job of editing Bhai Parmanand’s weekly Hindi paper Akashvani which was a mouthpiece of freedom struggle! Soon he became the President of Lahore Congress and hosted rallies of national leaders, including eclectic Congress leader Jawahar Lal Nehru on two occasions among others! Jagat-Narain was arrested by the British government during the Non- cooperation movement of 1920’s, Satyagraha-movement of the 1930’s and Quit India movement of 1942 and was imprisoned for about 9 years on different occasions! Since there was strict monitoring on the movements and communication of Freedom-fighters, by the imperial government, confidential messages between the activists were exchanged by word of mouth through ‘courier- boys’, who rode on bicycles from one point to the other exchanging communication. Jagat-Narain and his friend Sardar Darbara Singh were a part of this Courier Boys brigade! Sardar Darbara Singh later rose to the position of Chief Minister of Punjab in Independent-India. In the pre-partition days Jagat Narain married Shanti Devi, an educationist from Lahore who shared his passion for the freedom struggle. She was also arrested for her participation in Swadeshi-movement. She wore Khadi all her life and made Gandhi ji’s Charkha (spinning wheel) a routine in her life! Beejee Shanti Devi,also a freedom fighter- wife of Lala Jagat Narain ji doing her Charkaha Routine as she chose to wear clothes woven from the charkha Alongwith her 8 daughters, Beeji Shanti-devi ‘kept the family going’ when Lala ji would be on his jail visits! The reformists’ parents made sure that all their children got the best education.

The family settled in Jalandhar amidst struggle after the miserable partition of the Indian subcontinent. Lala ji with the support of her two sons- Shree Romesh Chandra Chopra and Shree Vijay Chopra started publishing Urdu daily newspaper Hind Samachar in 1949, which got instant recognition and soon became the most prominent newspaper of the region! In the year 1965, publication of Hindi newspaper Punjab Kesari was followed, a title in memory of the name with which nationalist leader late Lala Lajpat Rai was referred to!! Urdu, once the language of the elite gave way to Hindi/Devnagri in Free-India! Lala Jagat Narain was elected as Member of the Legislative Assembly MLA, from Narain-garh, part of state of Greater-Punjab (undivided Punjab with Haryana & Himachal-Pradesh) and be second in line to the Chief Minister in the Sacchar-ministry holding the portfolio of Transport, Health and Education. He was the first Minister of any independent state in India to nationalize health, transport and education, which was the need of the hour, as the country inherited almost negligible infrastructure and Government was tasked to build for these key areas. He was elected Member of Parliament for Rajya Sabha as an independent with full backing of all parties in the 60’s decade. Constantly standing up for truth, brave-hearted Lala Jagat Narainji former Chief Editor of Hind Samachar group of newspapers- Punjab-Kesari, Hind-Samachar & Jagbani, senior freedom fighter and leader, Member of Punjab Legislative Assembly, Member of Parliament; fell to the bullets of terrorists in the Black days of Punjab on 9th September 1981 for his fearless editorials.