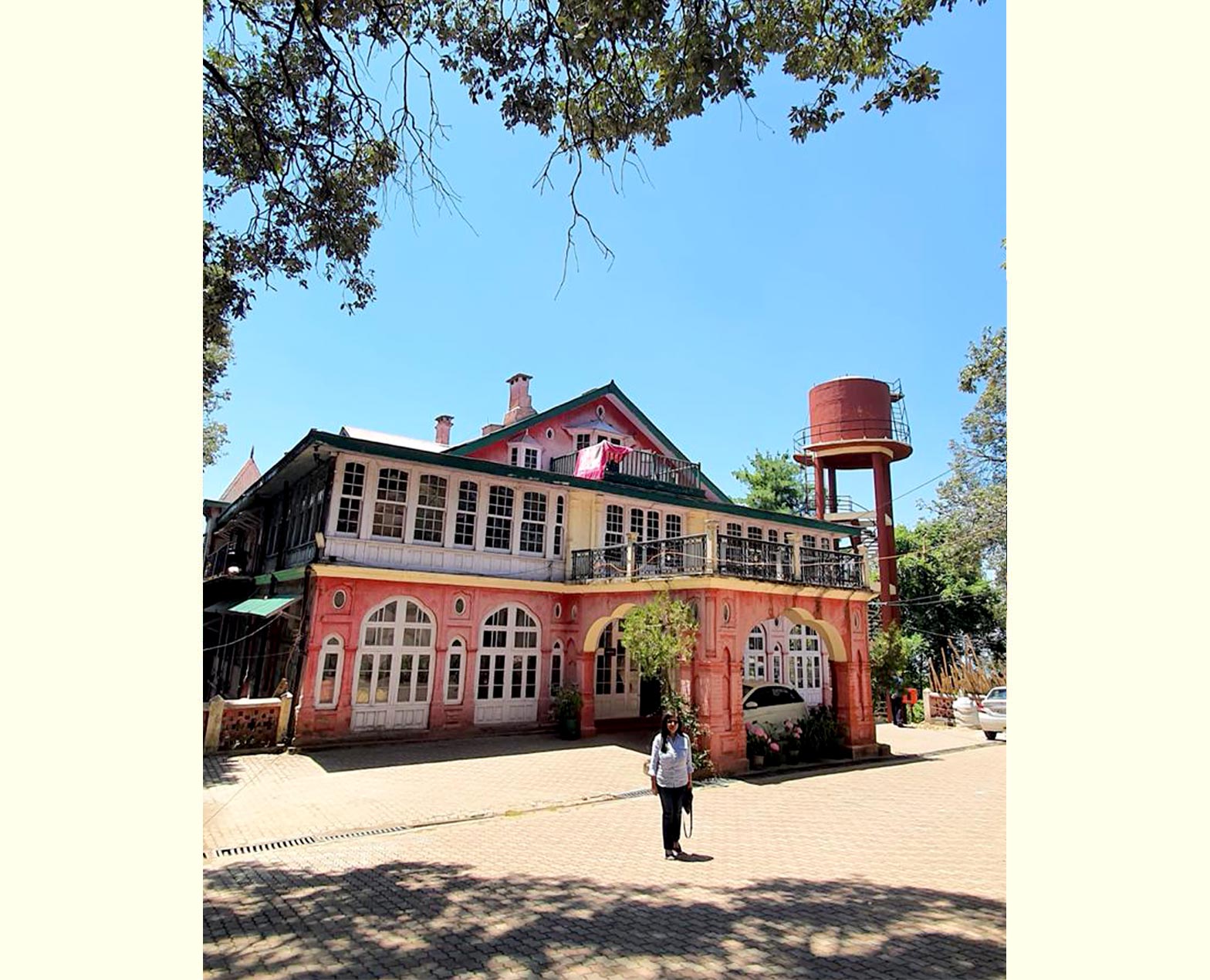 Browsing the Galleries of the magnificent Viceregal Lodge Shimla – now the Indian Institute of Advanced Study one can feel national pride viewing the photographs of the national leaders of the Freedom movement that followed the birth of an Independent India on the15th of August 1947! Few such photographs are that of Gandhiji with Rajkumari Amrit Kaur at her Shimla residence Manorville. Oxford educated Rajkumari Amrit Kaur of Kapurthala, a princess from an erstwhile state of Punjab; was a zealous partaker in the Indian Independence movement. For her to offer hospitality to The Mahatma in Shimla was of utmost importance! Gandhiji stayed at her Shimla residence-Manorville during the Shimla-Conference headed by Lord Wavell; participated by stalwarts of Swarajya- Jawahar Lal Nehru, Maulana Azad, Frontier Gandhi- Afghan Abdul Gaffar Khan, Sardar Patel, Dr Rajendra Prasad, C Rajagopalachari, Jinnah and many more. Gandhiji resided here during his visits to Shimla between 1935 to 1946. One may recall the Shimla Conference as a meeting between the Viceroy of India Lord Wavell and key political Indian leaders at the Viceregal Lodge, Shimla- the summer capital of British India; to craft a united independent India by generating a balance between National Congress and All India Muslim League but was not fruitful! Gandhiji being recieved by Rajkumari Amrit Kaur and Congress workers on his arrival at Manorville Shimla. Courtesy Viceregal Lodge-Indian Institute of Medical Sciences

One can reach the Himachal University in the Summer Hill area to come upon the lost glory of the brick-timber Georgian mansion. Placid, superlative scenic drive leads one to a rundown Manorville. A non-aesthetic blue board states- Rajkumari Amrit Kaur Bhawan with two blackened pillars of marble on the sides saying that this is the Mahatma Gandhi Samarak where the Father of the Nation stayed during 1936 to 1946. The other pillar proclaims that Rajkumari Amrit Kaur Bhawan is the Summer Hill Guest House of the All India Institute of Medical Sciences. The dilapidated once beautiful historical residence and garden reflects neglect, as well. The garishly painted regal arched doors, the beamed woodwork ceiling, the Hat-stand… all must have seen better days in the past. Inside the house 2 walls- plaques state Gandhi’s stay there, several times. A wall plaque inside Manorville residence of Rajkumari Amrit Kaur

From Princess to Austerity

One can reminiscence that on her return from England Rajkumari Amrit Kaur was enticed by the Independence movement, particularly Gandhi’s vision that led the once-princess to a life of austerity at the Ashram and be his secretary for the coming 16 years! After Independence Rajkumari Amrit Kaur became India’s first lady cabinet minister of Health for the following 10 years besides being a member of the Constituent Assembly that framed the Constitution of India! Gandhi ji with Rajkumari Amrit Kaur after meeting the Viceroy in 1945 ;surrounded by Press and admirers- Courtesy Gandhi Heritage Portal

A reformist she opposed Purdah, Child marriage and temple Devdasis systems. Her biggest achievement was setting up India’s number one central medical Institute; hospital, educational and research centre-AIIMS! Later, she even donated her residence to the Indian Council of Medical Sciences. Rajkumari Amrit Kaur was repeatedly imprisoned during the Swarajya– movement, one such incident being House arrest in Manorville for 2 years guarded by police after being detained in 1942! On the ‘Time machine’ one can be a bystander at the front porch watching national leaders walk in and out of the Rajkumari Amrit Kaur’s residence to meet Gandhiji. Past the superb, delicate teak and walnut furniture laid out in the house Gandhiji reached this very porch with Nehru, Sardar Patel, Dr Rajendra Prasad, Maulana Azad and others to board the cars to meet the Viceroy of India in June 1945 for the Shimla Conference at the glorious Viceregal Lodge!

….Not just Books, Galleries and Documentaries

On this Independence day-15th August one anticipates that the present generations value the immense sacrifices of people and leaders of the bygone era and each of us works towards nation building at our level for they are not to be only remembered by viewing galleries, statues, history books and documentaries but their lives are an inspiration too!