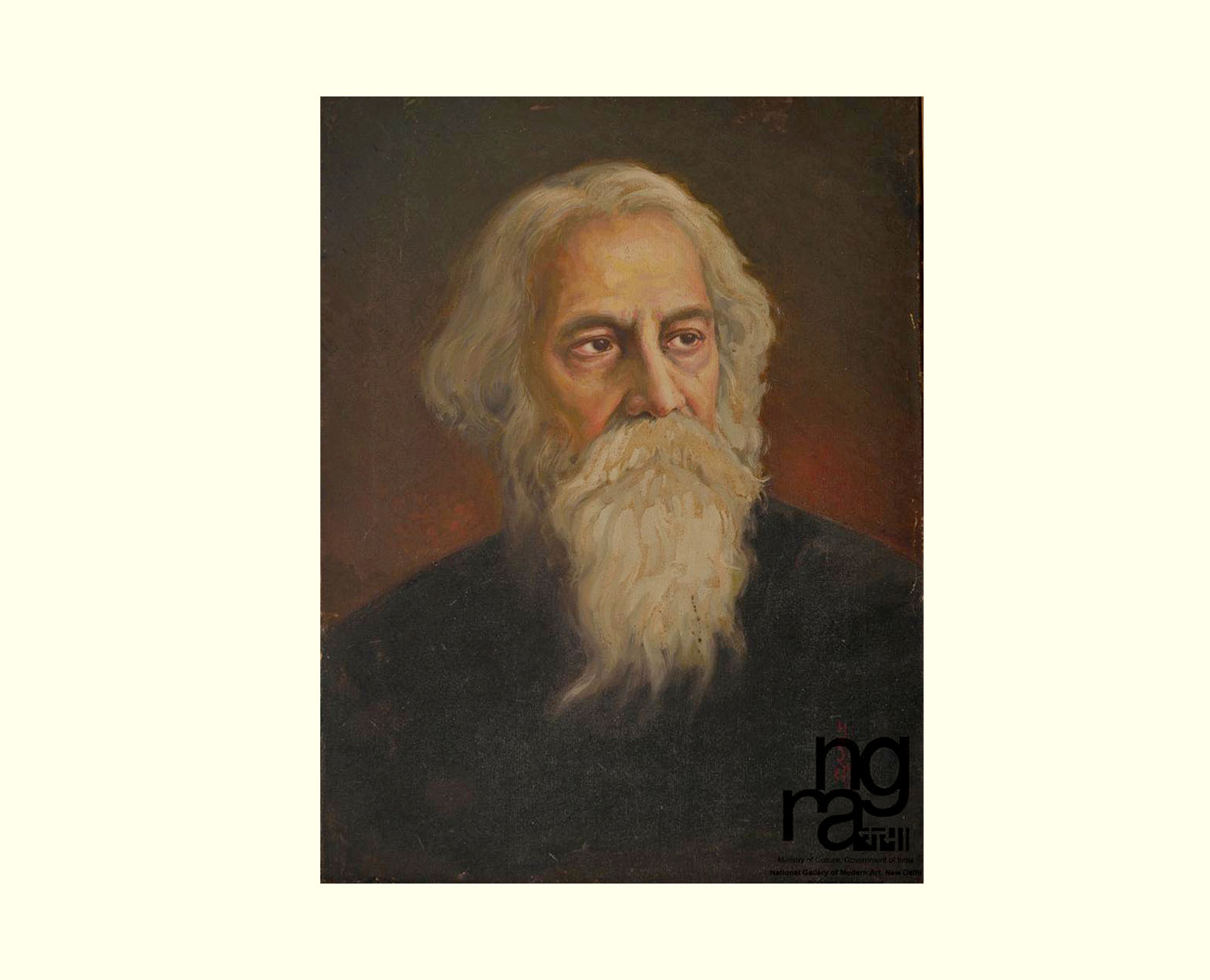 Recently I received an invite to the Virtual exhibition dedicated to Nobel Laureate Gurudev Rabindranath Tagore. In the year of the maestro’s 160th birth anniversary in May 2021; these virtual programs and exhibitions during recurring pandemic give the opportunity to art lovers, artists, art connoisseurs, students and teachers to see the rarely presented artworks from the safety of their homes! This led me to recall my visit to the Shakespeare’s Birthplace House in Stratford-upon-Avon, England where while wandering through one of the five gardens attached to the main House our attention was attracted by the bust of Rabindranath Tagore – the great Indian poet and writer – it stood there majestically, as a true homage to him. We were at a quiet corner of the House and there it was- a fine sculpture on a stone plinth carved with Tagore’s poem to Shakespeare that he wrote on the tercentenary of Shakespeare’s death – completion of 300 years in 1916! Little did he envision that less than 50 years later the poem would be back in limelight when the Calcutta Art Society presented an ivory tablet of the poem at the newly opened Shakespeare Centre in 1964! A volunteer at the Birthplace garden added that a series of events later with the efforts of Ambassador Dr Singhvi and West-Bengal Chief Minister Jyoti Basu, the bronze bust of Rabindranath Tagore was sculpted by Kolkotta based Debabrata Chakraborty and handed over to the Trustees of the Shakespeare’s Birthplace headed by Professor Stanley Wells.

Later the poem was carved by French sculptress Catherine Retailleau; on a plinth designed by William Hawkes. A memory jog reminded me that Tagore wrote Blank verses like Shakespeare, initially in Bengali and then translated them into English! His illustrious book of poems Gitanjali won him a Nobel Prize in literature in 1913 and he was knighted too- a post that he resigned in protest against British policies in Punjab! Another memory jog carried my thoughts to the beautiful setting of Theosophical society near Chennai across the scenic river Adyar that holds the Adyar Library and Research centre amongst its numerable treasures! The library contains over 250,000 printed volumes and nearly 20,000 Palm leaf manuscripts from different countries! However the old and rare books are in English and an assortment of other languages, besides Sanskrit manuscripts from India mainly. Further acme exhibits include the hand written letter by Gurudev Rabindranath Tagore to the editor of the College magazine dated 18th December 1918 from Shantiniketan, enclosing a translation of his Bengali to English verse, by him. Additionally noticeable is the display of Tagore’s handwritten English poem from the year 1919. Rabindranath Tagore’s lists of accomplishments were long- writer, artist, novelist, theatre director, philosopher, playwright, actor, composer, painter, poet and teacher! He sometimes chose themes from classics like Upanishads and Mahabharat besides a lot more. The Visual art-scene in India can be divided into three periods Modern, Post-Colonial and Contemporary and it would be appropriate to refer to Rabindranath Tagore as the Father of Modern Indian Art for his innovative art work of the period! ‘In Art a man reveals himself and not his objects’ -is a famous quote by Rabindranath Tagore and this could be his thought when he created a fountain for Indian arts and crafts at Shanti Niketan’s Kala Bhavna museum! He put emphasis on generating a national voice through arts at Shanti-Niketan set up way back in 1901! He invited India’s leading artists, musicians, dancers and critics to carry on with their work as well as advice students. Studying the artifacts and crafts of India and connecting them to rural deprived artists he lay a base to the Indian Cottage Industry!