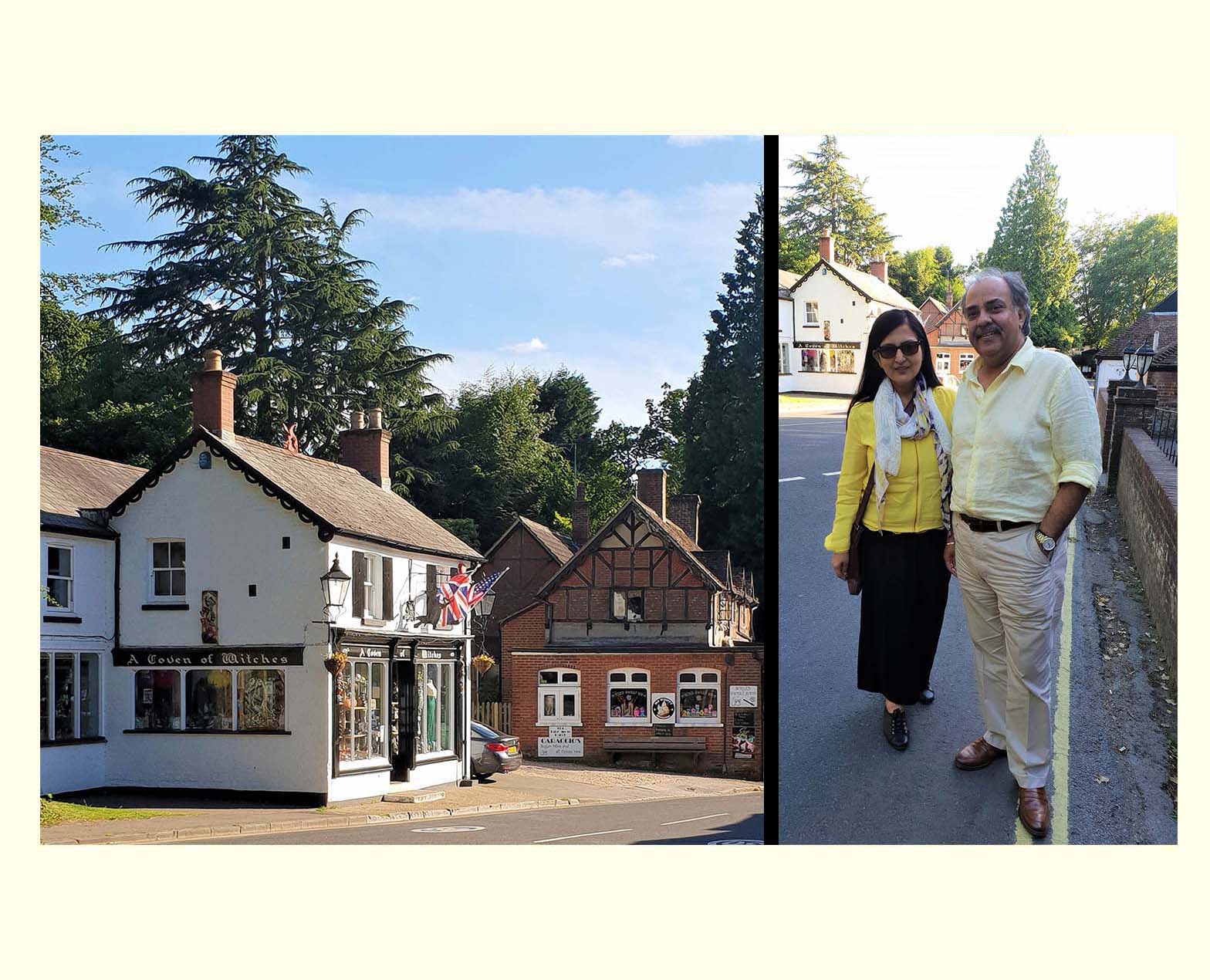 A trip to Burley- legends and witchcraft

Good Friday and Easter bring to mind festivities associated with it though a little suppressed as the Virus situation continues to prevail. Easter egg shaped chocolates, sweets, Easter Bunny toys, Easter egg- cases holding variety of gifts selling at local shops to world’s most expensive designers Easter-eggs; are sale online and in the stores. My memories turn to faraway rural Burley Church in England which I had a chance to visit near Easter!

Grazing Ponies by the roadside Past well-bred ponies and horses grazing on both sides of the charcoal road we entered the Village Burley at the edge of the New forest of England surrounded by woodlands! I remembered reading that till today some people of New Forest area practice their Right of Pasture by letting their ponies, horses and cattle graze the open forest! We were sure fortunate to see tens of ponies and horses grazing along the road creating a distinctive scenery with the luxuriant green backdrop.

Burley- A story of a Fort, a Dragon and Witches

Deriving its name from the 13th century De-Burley family the prehistoric village has resplendent history and mythology. Burley is also believed to be a Saxon word that means ‘fortified village in a clearing’ referring to an Iron Age Hill fort on Castle Hill. From the legendary Bisterne Dragon who flew around to drink milk; to the famous ‘Witches of Burley’, the Bronze-Age remains and later finds of Roman age pottery; were enough reasons to arouse our curiosity to visit Burley that has presently graduated to an explorer’s paradise with hotels and pubs, retaining its peace though! Past the Village centre we found a roadside parking overlooking the wide green expanse of a meadow on whose far end stood the majestic Burley Manor enclosed by fencing on our side. So we decided to first visit the Burley Church on our right. We stepped into the early 19th century Burley Church dedicated to Saint John, the Baptist and were surprised to see its beautiful interiors. A striking 19th century grey-white marble Font decorated with fossils holding a splendid carved Oak-lid, caught our attention that is used for baptizing and initiating new-borns. The Church was all lit up too for a Choir practice soon for the Good Friday- Easter week ahead. We proceeded down the historic 1839 Nave towards the Altar laid with Purbeck marble and Portland stone replacing the Victorian tiles. The Church had been redesigned several times between 1851 to the 21st century. A Victorian architect William Butterfield had initiated the original decorations and then in the last 100 years pews, choir and pulpit had been replaced with oak-wood to enhance the striking effect. We were warmly welcomed to sit and enjoy the Choir recitals to begin soon. A Lady from practice group asked us to look out for the priceless Stained- glass windows that are an acme of the Burley Church, from the Victorian era to the recent 21st century. The three main Windows behind the Altar were dedicated to Saint John, Saint Paul and Saint Luke and were bestowed by William Esdaile of the Burley Manor in the 19th century. In the coming 100 years few more were added, some being in the memory of brave soldiers of Burley village, each window had a name and an explanation of its display! Millennium-window by village people of Burley was installed to commemorate the 2000 years of Christianity! Once outside we saw the serene beautiful green graveyard and recalled that in the yonder years Burley did not have its own Church so people went all the way to the nearest town for birth-baptising and burials! Then Lord- Lefevre of the Burley-Manor house granted them this land, formerly a part of the Manor. That would have been a huge relief to the locals!

Easter and month of Lent

Easter was around the corner and the 40 days holy Christian month of Lent was on till Easter-Sunday. Easter is the oldest festival of the Christian Church celebrating the resurrection of Christ after his crucifixion on Good Friday, on the first Sunday after the first Full-Moon following the Spring Equinox  of the Northern hemisphere; so the date alters every year ! We were told that purple was the ceremonial- ritual colour primarily used during this month. Simple Lent- lunches comprising of soup bread and cheese at Village hall for family and friends get together followed by sale of homemade cakes were on in Burley. Easter lunches and events at restaurants and pubs of Burley are made even more exceptional with the arrival of Spring that means green grass and flowers everywhere!

The family-friendly events include Easter-egg hunting and visit by Easter- Bunny adding excitement. Gifting and selling Easter eggs is traditional and since ages ancient civilisations have been painting eggs so Christianity may have been inspired by them. Some believe that the Egg represents the Tomb of Jesus from which He resurrects!! Easter Bunny or rabbits are attached to a popular German folkloric story about a rabbit appearing in the cold month of December and being judge to behaviour of the children and rewarding them accordingly, which spread to the entire world! I recalled reading about popular Village walk up the gentle Castle Hill lane to catch glimpses of the natural beauty of river Avon valley, past an ancient fort before reaching the Castle Hill top and walk downwards. We skipped the 2 to 3 hours long walk for lack of time/energy and sauntered back towards the Village Square. We curiously peeped into the ‘A Witches Coven’ shop to see display upon display of witches gifts, jewellery, stones, beads, boxes, bowls and many objects we could not recognise but we were hesitant to enter! In the yesteryears, nestled in the serene New Forest area Burley was a perfect backdrop to Witchcraft related magic! For centuries witchcraft ‘flourished’ here till the last witch, disliked by locals, left Burley for America to study Occult. In my world of imagination I saw witch Sybil, wearing a black gown with her pet Jackdaw sitting on her shoulder, walk down this Village square! Then we headed for a thirst –quencher towards the Queen’s Head Pub -one of the oldest cottages of Burley from the year1650! The black and white display board outside was an eye-catcher that stated that the pub had been chosen for Festival of Britain and then in a worldwide BBC broadcast it had been chosen as an ideal example of Old World English Inn! There were about dozen photos of the medieval interiors, different Bars inside alongwith the medieval Hallway, Staircase and Master Bedroom! One captivating photo caption said that pistols, coins and bottles were recovered from the Secret Smugglers cellar below the Stable-Bar as Burley was the favourite haunt of smugglers in the past!!

Whilst enjoying the drinks and the special ice cream we found out from our server that Queen’s Head pub were the largest retailers of English Miniature liqueurs in England and she proudly added that they had 2000 varieties of drinks from almost all countries of the world! Driving back through the picturesque village we stopped by at the historic Burley Manor, now a private hotel for it advertised the ‘perfect Summer Tea”. Here we found out that Afternoon Teas had been a ‘gossip get- together’ since 1841!

Further interaction with the senior staff revealed that the Burley Manor of the13th century was home to the De-Burley family who were established here as Richard-Burley held the estate on behalf of King Edward I. Centuries later, in 1832 it was bought by the Esdaile family whose descendants bestowed a part of the Manor’s land to construct the Burley-Churchand hereafter village Burley had a Church of their own! Later William Esdaile donated the valuable three Stained glass windows as we had discovered earlier at the Church! What we saw today was rebuilt by the Esdailes by pulling down the medieval home of the De-Burleys.

The drive to London was replete with memories of legends of Dragons, Witches and intriguing historical milieu of the prehistoric Burley!! 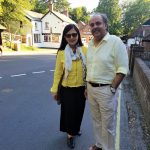 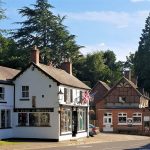 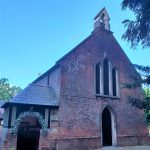 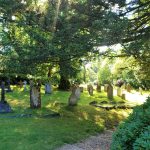 The memorials at the Burley Church 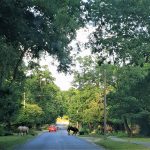 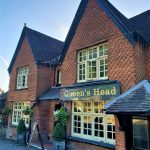 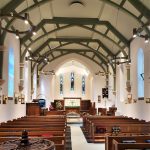 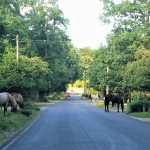 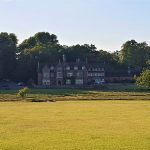 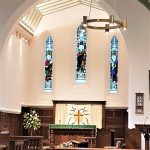 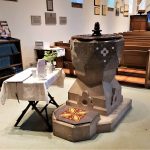