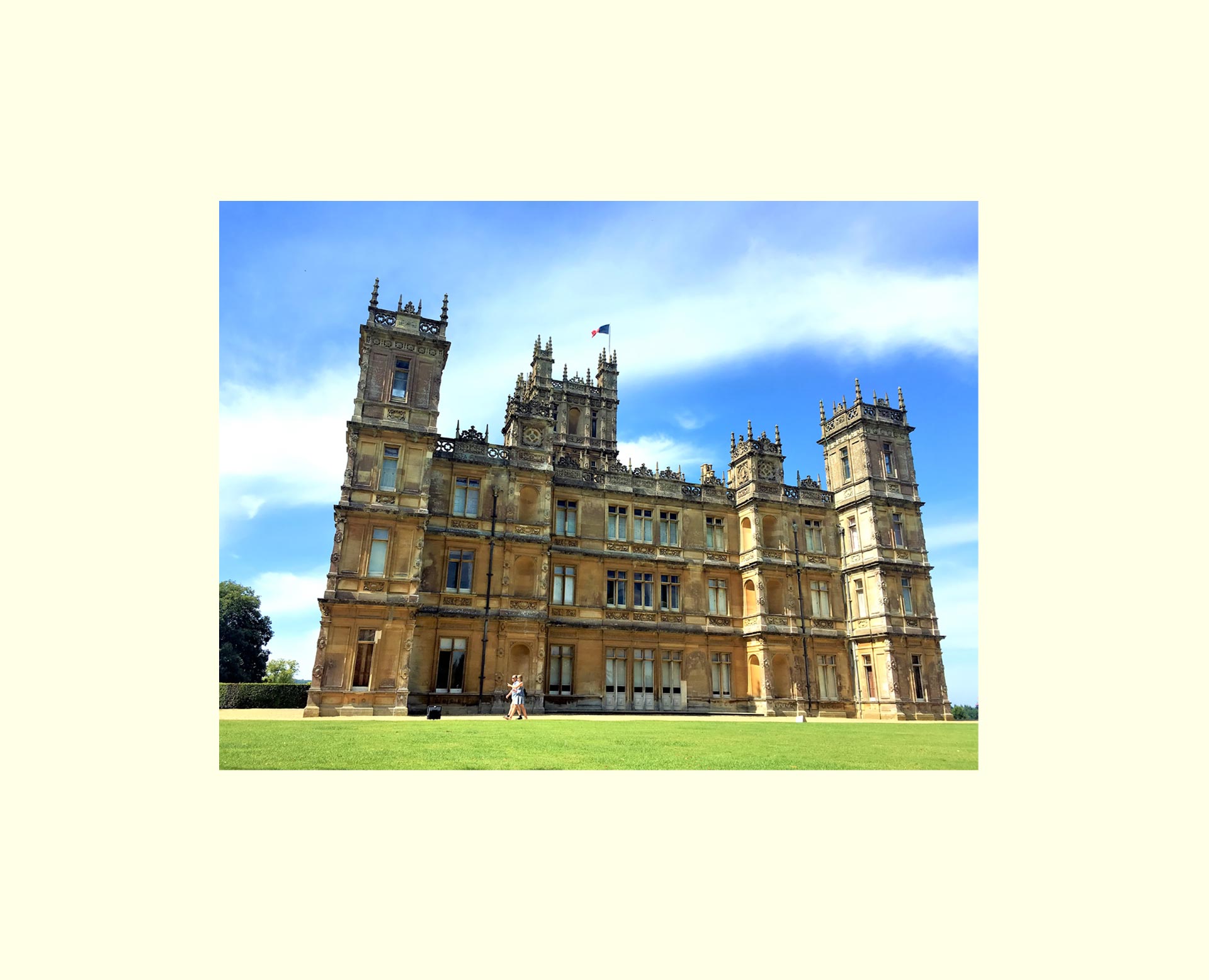 The Spectacular Gardens of Highclere castle

The sun blazed through the crystal clear sky as we caught the first view of the Highclere Castle– built on a site of an Iron Age fort and holding ancient tracks within the estate, it is one of England’s most beautiful Victorian Castles near London and Television serial’s Downton Abbey. Ever since over 100 countries aired the ‘global sensation’ TV serial Downton Abbey, I always anticipated fervently to see it for real since then! And there I was standing, right before it witnessing the magnificent State- family home to the 8th Earl and Countess of Carnarvon.

The Earl and the Curse

Finishing the tour of the glorious Highclere castle we enthusiastically headed for the spectacular gardens and the Egyptian exhibition whose entry was outside the castle. Earlier we had undertaken this drive to the regal Highclere Castle & Gardens, not just to experience the setting for the TV period- drama but also to know more about the death of 5th Earl Lord Carnarvon and the story of the ‘Curse of Pharoah Tutankhamun!’ On the way to the intriguing Pharoah Tutankhamun exhibition Highclere castle

Before exploring the gardens we stopped by at the Egyptian exhibition in the Cellars of the Castle to celebrate the almost 100 years old story and achievements of the 5th Earl of Highclere Castle. I stepped back in time to the year 1922 to discover the details of   story of the so called ‘Curse’ when Lord Carnarvon broke into the tomb of boy-king Pharoah Tutankhamun in the Valley of the Kings during his Egyptian expedition and removed many valuable objects.

Within 2 weeks of the opening of the Burial-Chamber Lord Carnarvon was dead. It is said that at that moment the lights went out in the entire city of Cairo and thousands of miles away in England, his favourite dog howled and died at the very same moment! Even the writer of Sherlock Holmes – Sir Arthur Conan Doyle announced that the death of Lord Carnarvon could have been due to the ‘Pharoah’s Curse”. These stories perhaps, always interest people and thus live on.

At the intriguing Exhibition We entered the basement of Highclere Castle into the mysterious world of the Egyptian civilization and first caught a view of an Egyptian painting on the long basement-wall. The exhibition recreated the tomb of the boy-king Tutankhamunin the Valley of the Kings that the Earl and his friend Howard Carter entered by breaking through a gold wall and found gold glittering all around them!! It is a display of exact replicas of the contents of the Tomb of Tutankhamun like the gold Death –mask, beautiful elaborately decorated coffin- the Sarcophagus, the eerie looking Mummified body, attractive golden Throne chair and many more golden figurines exhibited around. We were glad to escape out to the openness of the green-gardens! Feeling intrigued yet relieved we headed for the Parks and Gardens.

Parks from ancient times to now

Highclere Castle is set in 1000 acres of grassland which was designed by the 1st and 2nd Earl of Carnarvon! We stood near the stone statue of the 18th century, famous landscape architect-Lancelot ‘Capability’ Brown, admiring his beautiful emerald creation stretched around us. The Highclere Castle grounds hold numerous choices of Walks and Gardens which have existed since medieval times including Follies.  Follies were fashionable in the 18th, 19th century as ornamental Gothic or Greek-Roman ruin look-buildings with no special purpose in large gardens and parks like a resting place to enjoy the green-environment! So curiously, we just took up one path at random from our map and walked towards the Greek temple-like pillared beauty of the Jackdaw’s Castle on our left that we had earlier seen from the large glass windows of the sunny ornate Music room of Highclere Castle. Often filmed in the television serial Downton Abbey; it had been added in the year1753 for providing an attractive view from the Castle windows! At the same time the view of Highclere castle from Jackdaw’s was par excellence! Subsequently, numerous photographic memories later; we headed for the Heaven’s gate on the summit of the Siddown-hill to sit and absorb the beauty around us. We noticed that the parklands and gardens are framed by a collection of splendid Cedar Trees imported to England first in the 18th century; a fact read earlier!

Afterwards we headed for the Monk’s garden named so as it was originally part of the Bishops of Winchester Estate for 800 years till the ancestors of the Carnarvon family acquired it in the year1679! I recalled reading that the records of year 1218 show the plantation of 61 fruit trees as part of development of gardens! Today it is stunning with scores of flowers – Lavender, Geraniums, Climbing roses and many more which adds to the hues and its charm. Way to the Secret garden from the White Border garden

Walking between Pear and Yew trees we reached the White Border garden where everything appeared to be white with the contrast of green foliage, a photographer’s delight! A gate in the Wall led us to the Secret garden – a kaleidoscope of colourful flowers! Beyond the Secret garden is the Wood of Goodwill – a vast spread of Beech and Oak trees which we left for another trip. A walk towards the Wild Flower Meadow

We explored the attractive Rose Arbour, the stunning view of Highclere castle towers from the other end of the Wild-Flower Meadow as seen in the serial Downton Abbey and finished off with the Healing Herb garden nearer the castle. After relaxing, during a much deserved tea-session at the Highclere estate restaurant we drove back through extensive Woodlands, appropriately marked, towards the exit to the motorway to London passing the hauntingly beautiful Temple of Diana on our left, also an ornate Folly built near the lake. (Diana is the ancient Greek –Roman legendary Goddess) Our thoughts were packed with not just the grandeur of Highclere castle and extensive fabulous gardens but also were on the mysterious sudden death of the 5th Earl of Carnarvon in faraway Egypt!