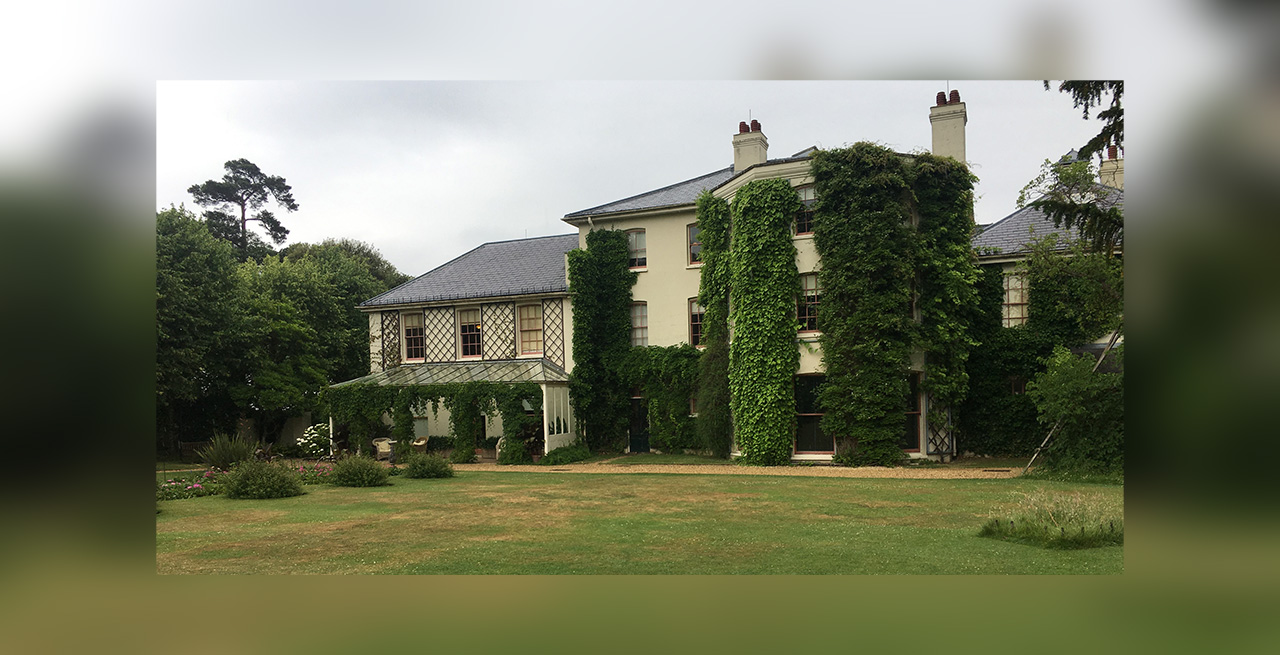 On a rainy summer day, we stepped back into the Victorian era to relive memories of world renowned scientist Charles Darwin and his revolutionary theory of apes to humans – The Origin of Species at his family home – Down House in Kent England. Down House was an early 18th century ‘a good old and ugly’ house where the Darwins came to live in 1809 ‘at the extreme verge of the world’ with acres of land around and ‘the neighbours were neither too near nor too far’, so it turned out to be precisely the house that they were looking for, as per their taste and temper! Next, we entered a sun-lit room with large glass windows extending from the floor to the ceiling lending it a French effect. This was the reason for it to be chosen as the Drawing room of the house when built in 1856 after the birth of their 10th child! It had a very relaxed modest look with books and magazines on a centre table and pictures adorning its walls.

A trip down the memory lane made me recall that the Drawing room was Charles’s wife Emma’s domain. I almost imagined the Darwin children sitting around indulging in playful activities in the Drawing room of the house which was big time ‘a no no’ in the Victorian era. The Darwins were liberal broad minded parents so the children were allowed to express themselves.

Also she played the piano here following lessons from the celebrity French pianist Chopin! The piano and the Chaise lounge are still intact where they were in the 1800’s with portraits of the handsome newly married Darwin couple too.

Next, we explored the Inner Hallway, wherein the decoration was quite minimal and simple. It was the 18th century Entrance hall of the old house but used as a playroom for the Darwin-children. Also, we were shown a cupboard near the stairs storing croquet mallets, cricket bats, box of paper for the children to write or draw upon but the most important item was Darwin’s first sketch of the Theory of Evolution by Natural Selection- on the Origin of Species that brought back  school room memories! We next walked into the Old Study that was the hub of Darwin’s daily routine and he embarked on comprehensive scientific work here. The room contains pieces of original furniture and quite a few of his possessions. It was restored in 1929 with old photographs and recollections contributed by Darwin’s two sons.

One could almost imagine him sitting on the horsehair chair with scientific instruments, books, cloth-covered writing board, letters, postcards insect and seed specimens in pill boxes and bottles scattered about. A volunteer pointed out Darwin’s scientific library with books on loan from Botany school in Cambridge as well as those that came through parcels from all over the world, some of which held annotations in Darwin’s hand!

Above the fireplace I noticed an engraving of Josiah Wedgewood- the founder of the world famous fine porcelain and luxury accessories who was the grandfather of Darwin and his wife Emma who were first cousins! Darwin also theorised that several of his children were weak at birth or passed away because they were cousins.

Billiards room was set up once the Dining table was shifted to the other room after the Darwins had been here for 16 years. We read that Charles Darwin was able to purchase it after selling few expensive family Wedgewood pieces that he owned! Also noticeable are the portraits of Darwin changing look as he advanced in age and his caricatures that appeared following publication of his theory Origin of Species in 1859.

Next, we went into the well-lit Dining room with big glass windows that could be opened in good weather and had a splendid view of the emerald garden beyond. It was amusing to read that lunch was ‘often Darwin’s only unavoidable social engagement of the day’! The decoration of this room was based upon a photograph from 1870’s. I noticed the beautiful Wedgewood crockery laid on the table that was part of Darwin family heirlooms.

We ascended the staircase to the bedrooms above to catch a glimpse of the family life of the Darwins. Admiring 1880 watercolours of the house and the summer garden and several framed family photographs, we reached the large bedroom of Charles and Emma Darwin that had a personal touch to it. Pointing to the sofa the volunteer said that often Charles lay there smoking while Emma read aloud! Rest of the first floor held more bedrooms and studies in Darwins time but now housed an exhibition about Darwin’s life and work. A detailed full scale replica of his cabin on-board HMS Beagle ship had been recreated for the visitors to catch an intimate look into Darwin’s life at sea between 1831-6! Abandoning his study of medicine, he was sent to Cambridge for another degree after which he came upon a position on the ship Beagle which he joined with scientific equipment, Books and firearms to commence on a voyage of discovery for good 5 years!

We were told that Down-house had the most important collection of Darwin’s manuscripts and we could go through his digitalised diary of 700 pages to relive his experiences in numerous countries. These included South America, Australia, New Zealand and many more island nations. His most important discovery was unearthing bones of an extinct giant Mammoth near Buenos Aires!

Viewing the school rooms and the Nursery we headed downstairs for the Kitchen area.

The Service area and the Kitchen of the past is currently transformed into the tearoom where the original cupboards and panelling have been retained! I imagined Darwin boiling foul smelling pigeons and rabbits here to retrieve their skeletons for his scientific study! Enjoying our tearoom experience we made our way towards the vast gardens – Darwin’s ‘outdoor botanical laboratory’. The 18 acres outside included lawn, kitchen garden, shrubberies, flower beds and fruit trees. Walking past the Darwins time Mulberry tree that we saw from the Schoolroom windows earlier, we reached the Darwin’s main experimental area – the greenhouse with Orchids, insectivorous plants, climbing plants, Comet Orchid. Most of his garden experiments were covered in Experiment Book- 1855-1867.

Theory of origin of Species

Darwin’s Origin of Species finally published on 24th November 1859 is a work of scientific literature considered to be the foundation of evolutionary biology. This book introduced the theory that populations evolve over the course of generations through a process of natural selection. At the time of Darwin’s death, the book ‘On the Origin of Species’ was in its 6th edition and translated in several languages worldwide  as ‘Darwinism’ continued to grow worldwide! Writer with family at Charles Darwins Down House

We drove back with memories of the loving home of the Darwins where a ground breaking scientific theory was born and we were glad to visit it! 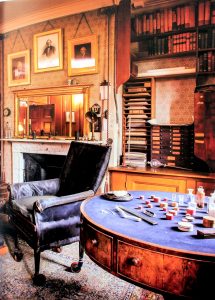 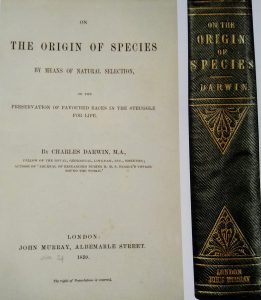 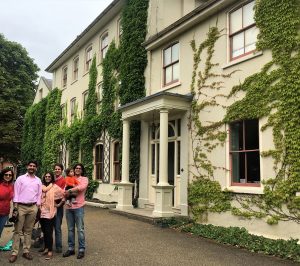 Writer with family at Charles Darwins Down House 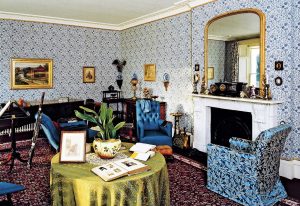 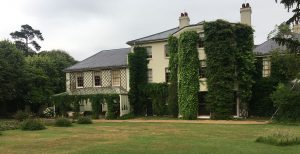 Back garden of Downs House