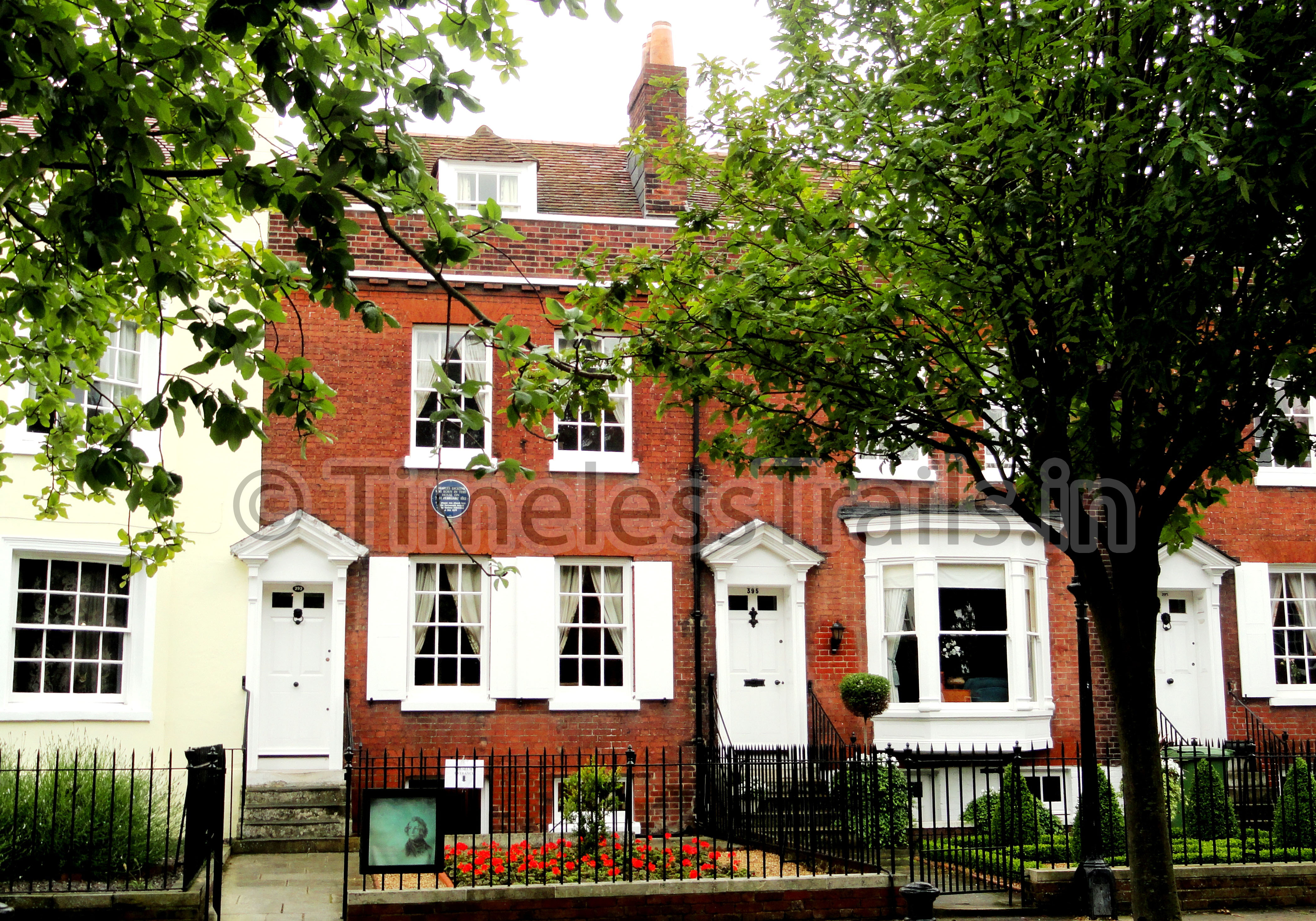 The Tale of a City with a Twist In the incessant drizzle, I peered from under the umbrella to ascertain that I had reached my destination, Mile End Terrace– the Birthplace of Charles Dickens- the eminent writer of classics like Oliver Twist,Tale of Two Cities, David Copperfieldand many more. I was in Portsmouth, England and was glancing at a typical English street, lined with white and red roofed homes. Squeezed between many such homes was a circular blue plaque on a red brick wall that read ‘Charles Dickens was born in this house on the 7thday of February 1812’.

The Kitchen of Yore

Dickens past faded photograph on the black iron fence, a red flower bed braving the grey day and once we go down a few steps, we entered Charles Dickens’ birth place through the original kitchen. Nowadays, the kitchen is used as a museum shop but has two extraordinary displays. The first is a kitchen stove that was used for cooking as well as for heating water. This is an identical stove purchased from one of the four original homes, on this very street. The second was a beautiful white dresser which is the only original piece of the furniture in the house dating back to 1812! Today it holds a variety of souvenirs for sale and a display of books written by Charles Dickens. Also on display are the Collector’s series of Souvenir items, produced both during Dickens lifetime and since, showing the great prominence of his writings. The series has been decorated with characters or scenes from Dickens’ novels and places linked to him which are still admired till today and a wide selection is available for new collectors.

Our guide further added that the year 2012 marked the bi-centenary birth anniversary of the prolific writer and so on 7th February, 2012, over 300 people visited the Charles Dickens birthplace to sing the melody – Happy Birthday, beginning a year-long 200th Birthday celebrations across the city of Portsmouth.  Special events were organized in Portsmouth on the occasion and other places related to him. A service was held at the Saint-Mary’s Church, Kingston, where Dickens was baptized by his parents after his birth. Hearing this, I yearned that our country also replicates this for our famous writers on their birth anniversaries! We were informed that most of the furniture in the birth place dates from the period when Dickens family lived here but has been recreated in exactly similar colours and styles to keep the authentic touch alive. All wallpapers, curtains and carpets are precise reproductions of the early 19thcentury style and are careful facsimiles of the original. So we set-off to experience the authentic atmosphere of a Regency home set up by his parents when they were married!

Outside the kitchen, stands a Grandfather’s clock on whose side hangs a framed brief about the Dickens family while they lived in Portsmouth. Charles Dickens was born to John and Elizabeth Dickens in 1812 as their second child. In the coming months, the family moved thrice in and around Portsmouth till finally, John Dickens was recalled to London.

Dickens came back to Portsmouth while researching for his novel Nicholas Nickleby and looked for his birth-home during his visit. For the special Bi-centenary celebrations of 2012; the British library has especially lent to Portsmouth the original handwritten manuscript of Nicholas Nicklebywhich even shows the details of crossings out, scribbling and ink blots by the legendary writer himself. Many streets of Portsmouth still remain the same as written about by the Dickens in this novel.

From the ground floor of the birthplace, the visitors can easily pickup small information plaques about each room of the home. These are in several languages and I was thrilled to find one in Hindi too among them! This goes to show the reach of the tourism and our language in the far-off areas of England.

The Grand Parlour and Dining Room Next, we climbed up to the petite truly grand parlour. I could vividly imagine visitors sitting here on the sofa (dated 1800), sipping tea from an English porcelain Tea set (dated 1780); now placed on a sideboard (dated 1810). One highlight which stands out in the room is the Fire screen in front of the Fireplace. The Fire screen is covered with sliding fabric panels that shielded the ladies faces from the reddening effect of the flames which was thought to be uncomplimentary!

The other highlight was the display of the Torchere – a stand made of mahogany wood holding an oil lamp. On the opposite end of the parlour was the mahogany Dining room where an attractive display of Georgian glassware and Sheffield crockery; highly fashionable in 1812, was noticeable. Finally, we were in the Bedroom where Charles Dickens was born. The Georgian style four posters bed, the Tallboy Chest of Drawers and the blue and white Porcelain Wash stands on the corner; all depicted the lifestyle of the early 19thcentury. An exact replica of a Cradle analogous to the one Dickens was placed in after his birth, was also on display, near the fireplace.

We ascended the last flight of stairs to reach the two Attic rooms which were originally intended as bedrooms for children and domestic servants. One attic, facing a beautiful garden below, held the rosewood couch on which the writer breathed his last in 1870, at his other home in Gad’s hill in Kent. The couch was handed over to the birthplace museum by Dickens sister in law – Georgina Hogarth. In 1870 he died of exhaustion, possibly a stroke, at the age of 58 and was laid to rest in the Poets Corner in the thousand year old; Gothic Westminster Abbey in London.

Playbill of Christmas Carol printed in 1844 by Letter Press

Amongst the other interesting displays of this room, the original playbill for a performance of ‘A Christmas Carol’ is also there. The playbill is printed on the letter-press paper with the comprehensive program to be held in Theatre Royal in Portsmouth on 25thMarch 1844. Now, the theatre has been demolished.

The other eye catching exhibits are the illustrations of Dickens works which were very popular, thus several artists created illustrations for his stories. His first main work was Pickwick Papersthat was foremost illustrated and published in a serial form but it was so well appreciated that it was followed by a novel. Even after Dickens died many artists have continued to illustrate his work, thus making it immortal. Also, put on view are Waistcoat buttons made of mother-of-pearl engraved with CD, a lock of Dickens hair and many photographs of Dickens and his family.

The second attic facing the roadside holds a very rudimentary writing table, a Book Case and Souvenir Ware Case. These bookcases were once owned by Charles Dickens at his house in Kent. The bookcases too, were given to the Birthplace museum by Georgina Hogarth in 1904 when this house was opened as a Birthplace museum by Portsmouth Corporation. She donated a number of other items too, that had belonged to Dickens.

Life of Charles Dickens – A brief

Driving back from the Mile End Terrace home, I recalled the life of Charles Dickens; a novelist, journalist and social commentator all rolled onto one. He was born as one of the eight children of a large family and was forced to work at the age of 15 in a factory when his father was sent to a debt prison. Later, from a solicitor’s clerk, he graduated to a journalist when his first story was published under the pen-name ‘Boz’ in 1833.

Starting with Pickwick Papershe went on to complete 14 novels mostly reflecting his childhood experiences as in David Copperfield and Oliver Twist, which are a legend today. His book A Tale of Two Citiesis based on a contrast between London and Paris. Again, he hits upon private schools in his other prominent book Nicholas Nickleby.

He extensively used London as a backdrop for many novels. He had a habit of walking up and down the streets to observe the mid-Victorian lifestyle and later make memorial depictions out of it, in his novels, touching on the social reforms. His stories, plays and novels bought him great fame, even in America and Europe which he often visited, holding talks wherever he went.

Additionally, the literary world is grateful to Charles Dickens who helped to organize plays and events to restore and save the 17thcentury Shakespeare’s birthplace in Avon upon Stratford.

Besides the Birthplace museum in Portsmouth, there is a lot more at the Charles Dickens Museum in London which exhibits many rare manuscripts, original furniture and memorabilia depicting more from his world. Recently, I read an ANI survey on – ‘The Books Parents want Kids to Read’ that gave a list of top ten must-read books. It was noticeable that Charles Dickens’ A Christmas Carol is the number one book that most UK parents would want their children to read. Another of his book – Oliver Twistalso finds place at number eight. This attests the current status of Charles Dickens book; to put it briefly, the popularity of 19thcentury author in 21stcentury! 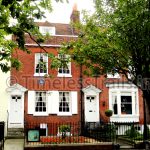 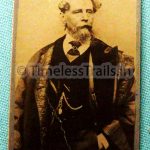 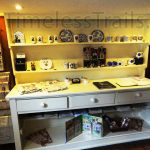 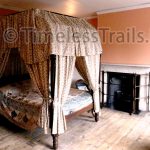 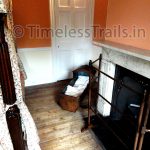 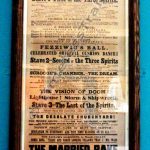 Playbill of Christmas Carol printed in 1844 by Letter Press 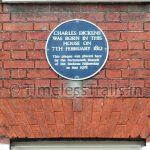 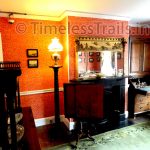 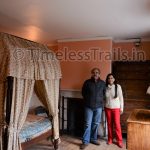 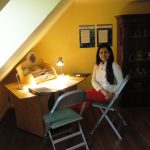